Most of our milk chocolates are produced using the Ituri beans.

Cacao farmers in Ituri province in the northeast of Congo grow their cacao in agroforestry under the canopy of shade trees. Their cacao farms form a forest belt protecting the Okapi Wildlife Reserve, home of the largest population of okapis, endangered forest giraffes known for their typical striped behind. The cacao is centrally fermented in Mambasa according to strict protocols. With Mambasa cacao, the farmers have for the first time a direct access to the international market of specialty cacao with its higher prices. Mambasa cacao has a sweet and round flavour profile with wood, spices and orange. Plus, it makes a very substantial social and environmental impact!
100% traceable supply chain from smallholder farmers organized in a cooperative. Cacao is produced, processed and packed in 50 kg bags jute at the cooperative from where it follows a long road of inland transport to Bunia and Kampala from where it is consolidated and prepared for export.
Farmers receive training for quality and agronomy, premium payments for quality and certification. 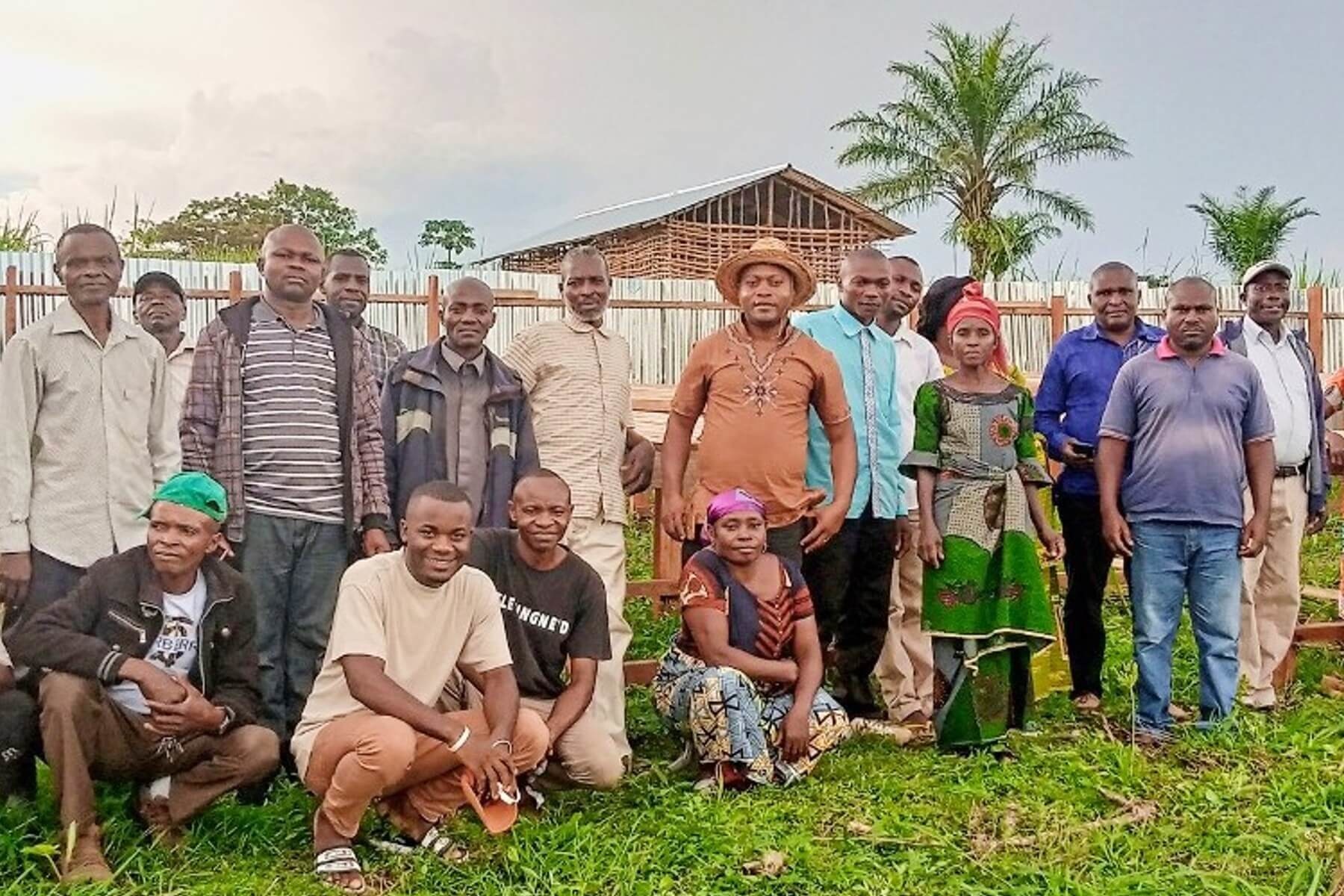 Specialty cacao as a catalyst for change

Despite perfect climatic conditions and abundant fertile soils, cacao arrived relatively late in Congo DRC. The first trees were planted in the late 19th century, before Congo was a colony of Belgium. Commercial cacao plantations sprung up along the Congo River in western Congo in the 1920-30s. After independence in 1960 the cacao cultivation slowly disappeared, only to make a comeback some twenty years ago. Today, the center of the cacao industry moved from west to east Congo, especially Kivu and Ituri. This used to be a coffee growing area, but in the late 1990s the coffee plants were affected by a serious disease, and farmers started to look for an alternative. And the cacao plantations came in the place! Our importer, Silva Cacao, together with a team of specialists, helped to develop specialty cacao in the Ituri Province. Each cacao quality has a unique flavour profile, and a great story about improving the livelihood of smallholder farmers, conservation and protection of forests and wildlife, and increasing safety through mobile banking.

Not an obvious holiday destination

Ituri Province is in the Northeast of Congo DRC, bordering Uganda in the East and South Sudan in the north. This region is known for armed conflict, violence, poverty, and all bad things that come with this. Rebels from Rwanda, military troops from Uganda, and home-grown terrorists and bandits all contribute to lawlessness, lack of safety, refugees, and economic decline. Because misfortune never travels alone, the Nyiragongo volcano in Eastern Congo erupted in May 2021. All in all, Ituri is not the first destination that comes to mind when planning a holiday.
In a situation like this you may think people would decide to just give up. However, that doesn’t apply to the cacao farmers of the Okapi cooperative. When the Ituri Cacao Project began to take shape, they jumped at the opportunity to improve their livelihoods. Cacao farmers are generally not lazy, but we rarely encountered people so eager to learn, willing to work hard with the ambition to produce the best cacao possible. Specialty cacao is at the heart of the Ituri Cacao Project, but it includes so much more.

Cacao farmers in Ituri depend on local purchasers to sell their beans. These buyers are not interested in outstanding qualities. Prices for cacao are notoriously low, because farmers have no bargaining power. If the choice is between selling at a low price or disregarding your cacao harvest, the decision is quickly made.
The idea of the Ituri Cacao Project is simple: through improved cacao quality and direct access to premium markets, cacao farmers receive a higher price for their cacao, which will be an important contribution to the family income. Although a simple idea, implementing the project required specific contributions of several project partners:
Our importer, Silva Cacao, focuses on quality control, finance, logistics (it is not a piece of cake to transport cacao from Ituri in Congo to Antwerp in Belgium). But their most important role is to work with the team to get the traceability and quality at the level we want, and introduce Ituri cacao to chocolate makers in Europe and beyond. As a chocolate maker, we are impressed with the flavours of Ituri cacao, the impeccable clean and homogeneous beans, its fair and sustainable production, and the traceability of the cacao up to farm level.

Congo harbors over half of Africa’s most tropical forests and is the most biologically rich country in Africa. Unfortunately, illegal logging and hunting, and cutting trees to clear land for agriculture are common practices, especially in Eastern Congo where law enforcement is not well organized to say the least.
The farmers of the Okapi cooperative live and work in the vicinity of the Okapi Wildlife Reserve, a UNESCO World Heritage site, known for its large population of endangered okapis. The Wildlife Conservation Society manages a REDD+ project in the Okapi Wildlife Reserve to prevent deforestation and protect the home of the okapis and other wildlife. The cacao project works closely with WCS to implement agro-ecological farming methods, making sure the cacao farms form a protective belt around the wildlife reserve. Our importer, Silva Cacao, is very happy to collaborate with the renown Wildlife Conservation Society, and make one of our dreams come true: deforestation-free cacao.

For many Africans who live in rural areas a visit to a bank is a two-day activity: traveling to the closest branch may take a day, followed by standing in line for a few hours, and traveling home another day. The Ituri Cacao Project partners with Equity Bank to install a mobile phone banking system. This will not only save the farmers a lot of time, it will also give them easy access to savings and credit facilities. And without cash money in their pockets the farmers’ risk of being robbed is much lower. The value of the latter cannot be underestimated in a region rife with bandits.

Plans for the Future

The process for organic certification has already started, and we hope it will be completed soon. The organic operations of the Okapi cooperative and farmers will then have the official organic certification. Next to this, our importer teamed up with Wildlife Conservation Society to use their satellite imagery to monitor tree cover and tree cover change to substantiate our claim to "deforestation-free cacao". We hope to present the results in approx. 2 years.
And finally, our importer work on digitization, to create connectivity between the cacao farmers and us, the chocolate maker (and our clients). Information technology, block chain and QR codes will make it possible to link us and our clients with the farmers that produced the cacao. We can’t think of any way to make the supply chain more transparent! 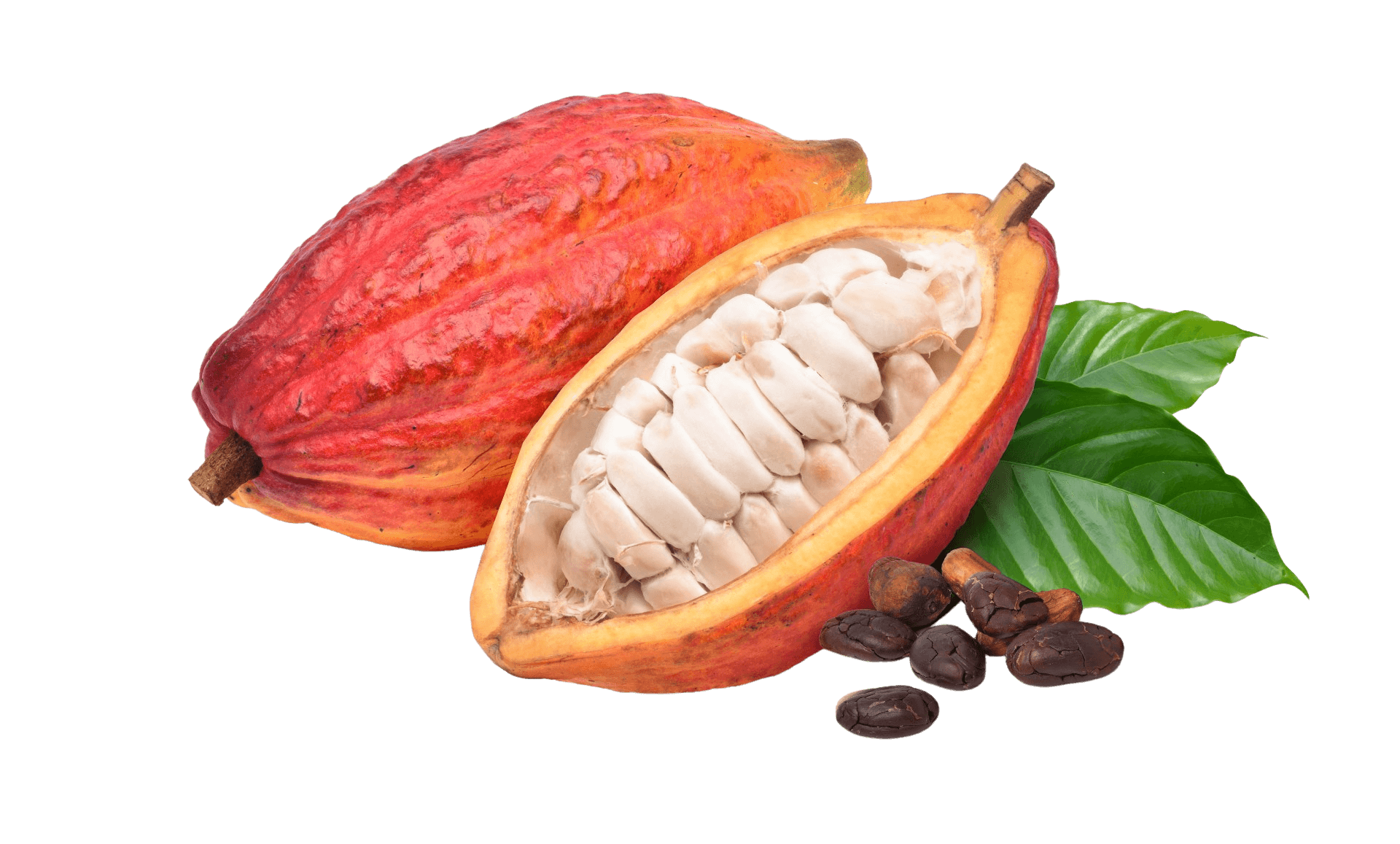